DEEPSYSTEM, Europe’s underground ambassador of reggaeton and Latin trap — has remade the future of Spanish-language hip-hop in his image. If there is a revolution to be had in the new crossover market, this artist has done so by sticking to his guns, and mining reggaeton’s sonic riches for dancefloor gold. Rather than offer audiences lyrical signposts to what he’s thinking, DEEPSYSTEM makes you come to him, with a shared sense of explosive, downright sensual musicality and a hypnotically propulsive rhythm. Few others could do as much, in the European region. Furthermore, the man is consistent, putting out track after track of mesmerizing music. His latest single release, is “Anda Linda”.

Inspired by salsa rhythms and dance music DEEPSYSTEM once again brings his individual tone, audaciously and uniquely. He has peeled away layers of reggaeton’s usual misogyny for a sound as compassionate and vulnerable as it is passionate. Rather than barking his lyrics, DEEPSYSTEM has a crooning conversational tone to his voice, in league with American trap-hop’s finest artists.

With its zesty groove, humid atmosphere, intricately complex arrangement and lyrics that do their best to unite lovers and sexy moods, while entertaining fans, DEEPSYSTEM does his swarthy finest to impress the lady – “Come on, pretty lady, come touch me”. 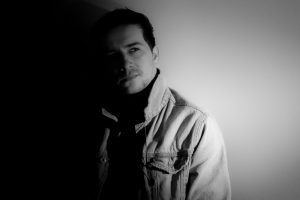 The entire concept sounds super simple and yet it is super creative. Written by Socoliuc Andrei Marian & Joel the Alien, with orchestration by Shot Records, everyone involved was able to bring color and feeling to the track.

“If you fall in love, you fall in love with me.” Within these opening lyrics, DEEPSYSTEM sets listeners’ expectations for the rest of the track. His clever word play with his reference to an intriguing romantic relationship, sets off a captivating and provocative track.

As usual, DEEPSYSTEM is in the business of crafting a lasting aesthetic. He is an artist whose primary concern is lifting spirits and keeping the party going. He is a consistent bright ball of energy on the underground dance music scene.

What better way to brighten up the world, in these trying times than a bombastic reggaeton track that’s bursting with the catchiest rhythm and melody of 2020 so far. DEEPSYSTEM follows a tried and true formula for making a hit reggaeton track: distinctive flair that makes the beat memorable and a simple, with an ear-warming chorus. The melody created by the hook is prime quality.

If you want to get the party started, you need a track like “Anda Linda” because its mid-tempo beat is playful and sexy, and will inspire you start shaking your hips. If you want the dance floor to be filled with sexual energy, you play this joint right here.

Not only accompanied by its own distinct vibe, “Anda Linda” is also paired with its own music video, further contributing to its attractive allure. The video was directed and edited by Andrei Lesan and produced by REDCON PICTURES. DEEPSYSTEM is a power player in the globalization of the reggaeton infused music, and “Anda Linda” continues to showcase his melodic flow and spirit as a beacon in the movement.